The tin features a drawing from 1936 of the Symes Road Destructor which Junction Craft will be occupying in a few months.  The Aleyards used to be known as the Ontario Stockyards and this is where all three breweries are located.

This was brewed for Toronto Beer Week 2017, which I largely missed out on.  Today is the last day.  I did pay close attention to the news Tuesday evening, the night of the beans and brews event, to see how many number 505 streetcars had to be taken out of service but of course the TTC never reports that sort of thing. 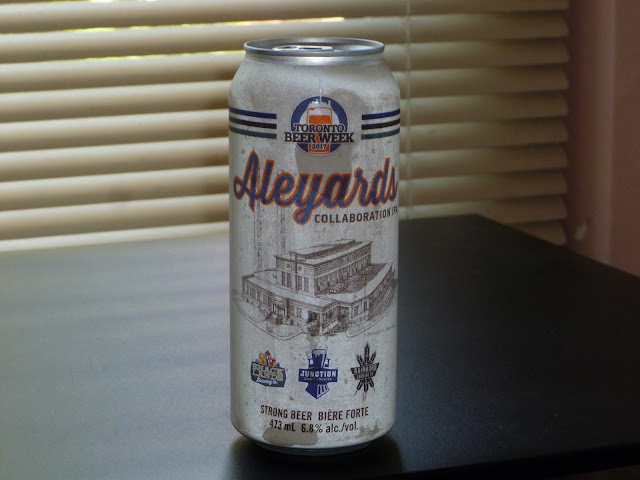 This is the Official Beer of Letterkenny.  I missed the beer launch which took place at Get Well in Toronto and featured cast members, in character.  Even though I have only seen bits on Youtube I feel a connection to Letterkenny and I would have thanked the cast members had I met them.

It takes eighteen weeks to properly train for a marathon which means that to run Mississauga on the first Sunday of May I began working the first week of the year.  I would lie awake for a minute or two at six AM pondering my warm bed, cold house and the colder sidewalks.  The kilometres don't run themselves, however, and I would prod myself out the door saying, out loud, "Pitter patter, let's get at 'er." so I feel I owe a good part of my achievement to Letterkenny, even if I never have seen a complete episode. 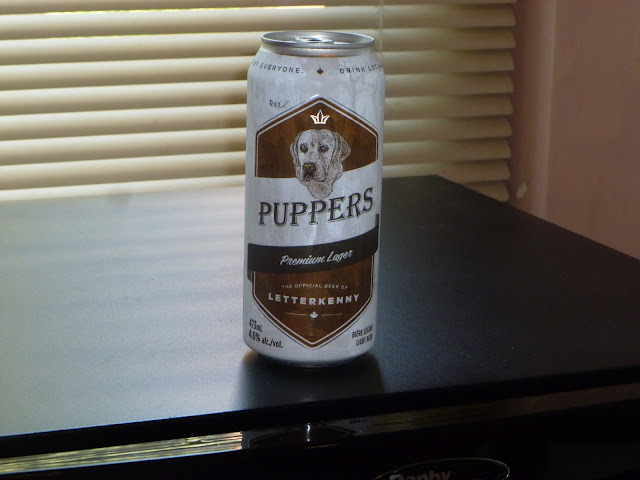