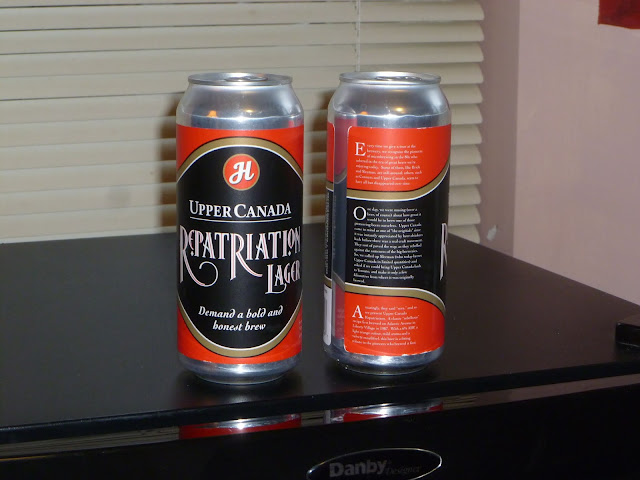 It is a great story.  The people at Henderson's approached Sleeman, who own the rights to the old Upper Canada Brewing lineup, and received permission to brew Upper Canada Rebellion.  It was a favourite of mine and long time followers will recall it was listed as a beer from way-back that I miss.  The label also drops name Connor's, another old favourite.

It was first brewed in 1987 to mark 150th anniversary of the Upper Canada Rebellion, which was derided at the time as another dreadful "populist" movement.
Posted by Big Bob at 09:34