26/3006) C'est What:  Reggie Bar by Left Field Brewery of Ontario:  **1/2; 7.5%; the nose of chocolate and coffee does not prepare one for the onslaught of sweetness to follow; brewed with cocoa nibs and peanut butter; chocolate, sweet jelly, peanut towards the finish; extra half for being inspired by one of my favorite baseball players;

The Great Reggie Jackson was heard to say in 1976 as the free agent frenzy began that if he played in New York City they would name a chocolate bar after him. Yankees owner George Steinbrenner introduced Jackson to chocolate bar company executives as part of the courting process.  According to legend, the day they gave away free Reggie Bars at Yankee Stadium, Reggie, ever the big moment player, hit a monstrous blast and Reggie Bars rained on to the field.

28/3008) Home:  Icelandic Wee Heavy by Einstök Ölgard of Iceland:  **;  brewed with angelica root and smoked Icelandic barley; sweet caramel, malt nose; hint of smoke; sweeter than I am used to - sweetness lingers through after taste; smokey edge, but not intolerably so;

An Icelandic take on the style for Robbie Burns Day. 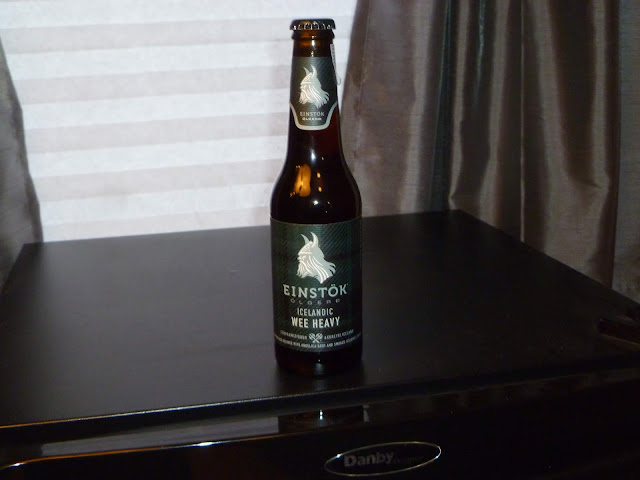