26/2247) Home:  Rye Knot Rye Pale Ale by Taps Brewery of Ontario:  **;  5%, 30 ibu;  brewed with malted barley and malted rye;  a corruption of Robert Kennedy's corruption of George Bernard Shaw appears on the tin:  "Some ask why?  We say rye not?";  rather a bready nose;  sharp bite of rye with an earthy hoppiness; 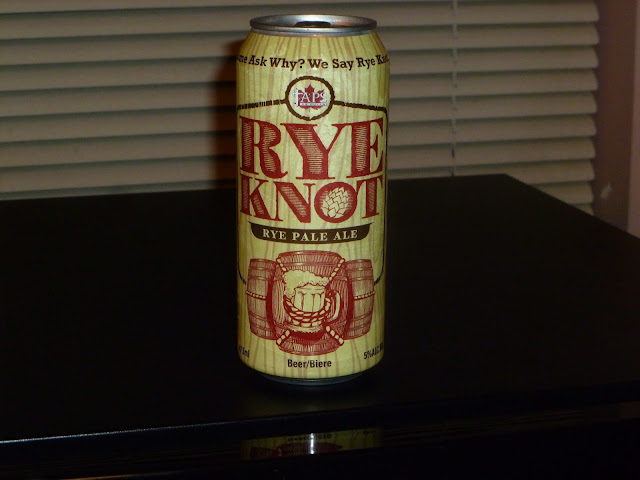 27/2248) Home:  Imperial Porter by Collective Arts of Ontario:  **1/2; 8.6%;  a Collective Project brew;  by their description, this builds on their Stranger Than Fiction Porter;  roasted malt nose;  bitter coffee, roasted malt, licorice, warming alcohol which is very well hidden;  I like this more with each sip; 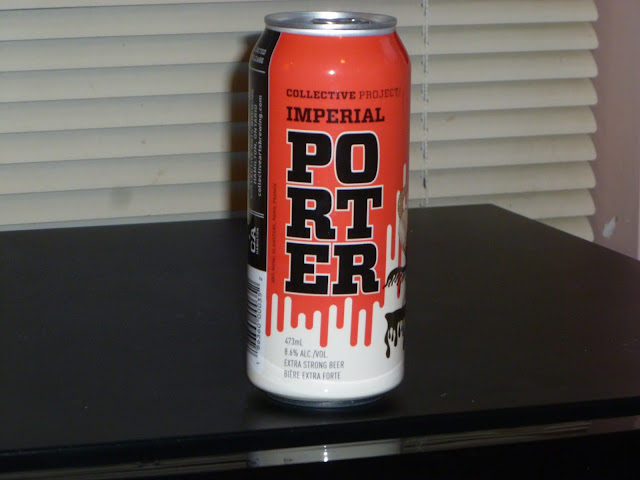 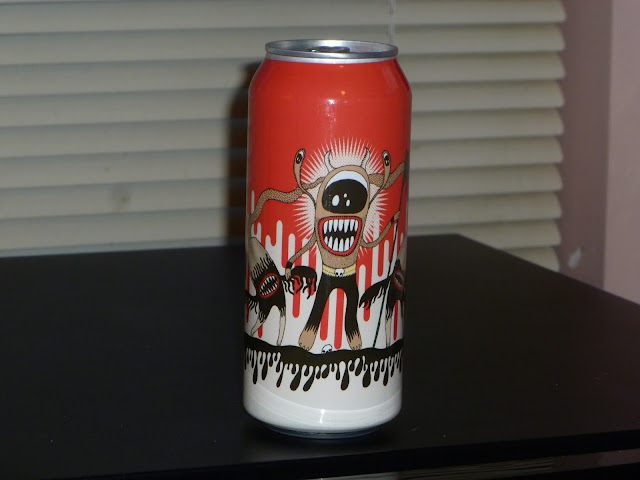