This is the last of the beers I brought home from Nova Scotia.  I am sort of regretting not picking up Local One by Brooklyn, in much the same way that I regretted doing the same in Manhattan.  In both instances I was having a hard time paying so much for one bottle but I think if I have the good fortune to encounter it again I will bite the bullet.

213/1487) Home: Highland Ale by Innis and Gunn of Scotland:  **1/2;  7.4%  a Scotch ale matured over oak infused with Highland Scotch whisky for 30 days;  brewed with wheat and barley malt;  the nose is sweet and midly spiced;  tastes sweet with oaky vanilla notes;

214/1488) Home:  Hobgoblin Gold by Wychwood Brewery of England:  **;  4.5%;  brewed with 4 hops, wheat and malted barley;  mixed hop nose with pilsner-like elements and herbal notes;  hoppy in a non Pacific northwest kind of way and interesting for that;  it is a bit fruity (berries) with a bitter finish; 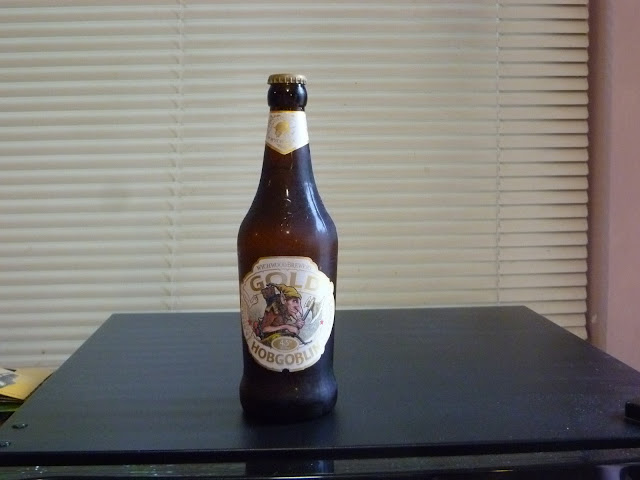