I have achieved the milestone of 365 new beers four days earlier than I managed in 2011.  I had thought it would be more difficult as time went on owing to the fact that anything I have tried since January 1st 2011 is ruled out but the LCBO and local brewers have more than made up for that.

Things got off to a good start with the late arrival of the Craft Beer Advent Calendar and events like Péché Day and C'est What's Spring Festival of Craft Beer kept it going.  A summer of beer flights pretty much sealed things.  I was able to miss C'est What's Fall event without losing pace.  I am tempted to ponder trying this again. 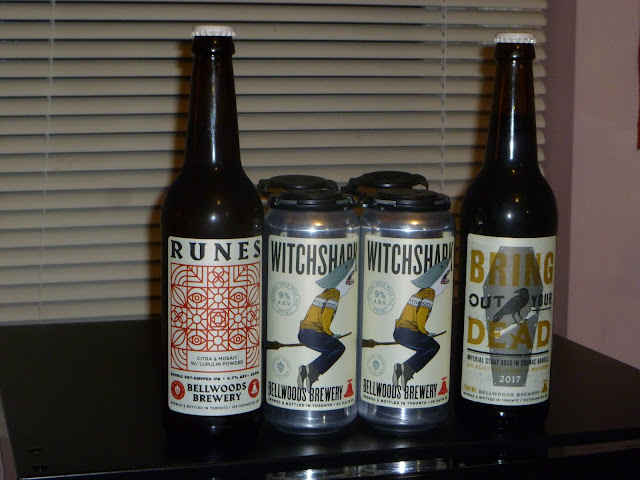 One of the reasons I was in town and able to visit Thirsty and Miserable was for the release of the 2017 edition of Bring Out Your Dead at Bellwoods.  It's a new recipe for this year.

As I sat down at the bar that day, Katie asked me how many bottles I had purchased.  Plainly, I am far too predictable.  Obviously she could not be there as she was working but she had a "mule" picking it up for her which she thought was a good arrangement, though when I was there the line wasn't the worst I had ever experienced.