It's not just a great label, it's a great story.  From www.canadianbeernews.com:

"50 years ago Bob Rae hired Frank Zappa and the Mothers of Invention to play a gig at U of T’s Convocation Hall. The show, called “(B)ABEL: Society as Madness and Myth” was a weeklong ‘happening’ culminating in the Zappa show on the final Sunday night. The Mothers unpacked their unconventional performance against a white backdrop with white balloons filling the room and completed the white theme by “pouring shaving cream in every possible orifice of the huge organ at the front of the hall” so that the cream exploded all over the room at the end of their show. The resulting mess — both literal and figurative — landed in Bob Rae’s lap, and legend has it that much of the following week was spent cleaning it up."

I might not have believed otherwise that a premier of Ontario/interim federal Liberal party leader-to-be would have crossed paths with Frank Zappa.  Bob Rae was invited to the release party but he is a busy individual so it cannot be a big surprise that he was unable to attend.  Still, it would have been fun to hear his side of the tale. 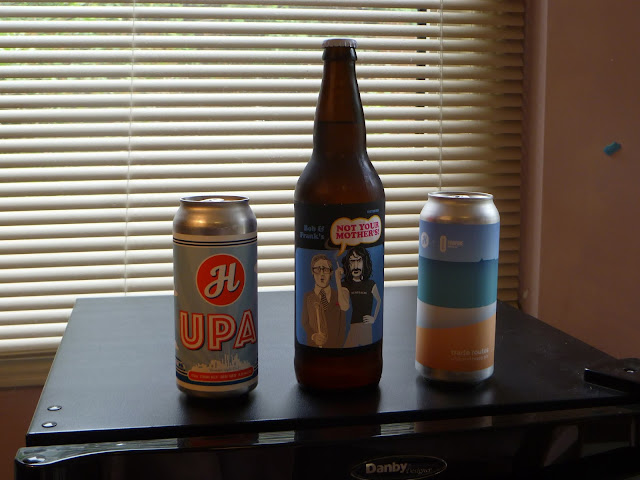 These were purchased at the brewery which is on the same street as the Neilson chocolate factory.  It is a great smelling street.
Posted by Big Bob at 11:47