150/2371) Home:  Stiegl Radler by Stieglbraueri of Austria:  **;  2.5%; a true radler:  50% beer, 50% juice, in this case lemon, grapefruit and orange;  pours foggy;  grapefruit is the most prominent to the nose but the others are present;  fresh juices and malt;  delicious and refreshing;  I may have to try one after running; 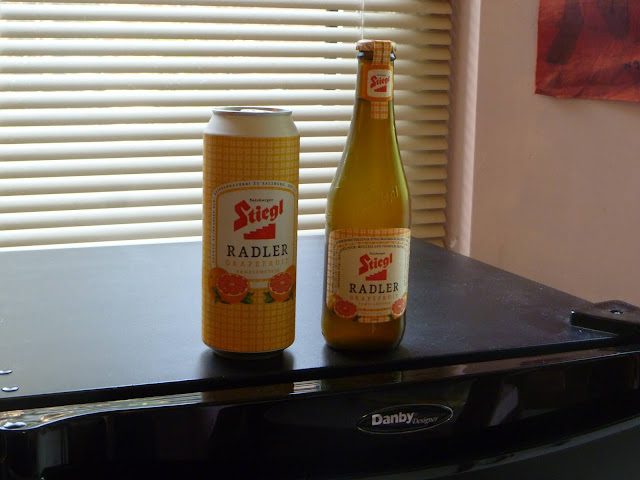 I may as well explain this now.  In case you had wondered what mutual fund companies do with those management expense ratios and the like, a certain fund company came by the office with six beers for everyone, even lowly types like me.  They also dropped in on my former office so it was more than one.  The Radler was the first one I wanted to try.  That's it in the bottle.  When I went to the LCBO to get a second one they were only available in cans.  The bottle was not expired but it is older stock.

I am going to refer to this gift from a mutual fund company a couple more times in upcoming days. 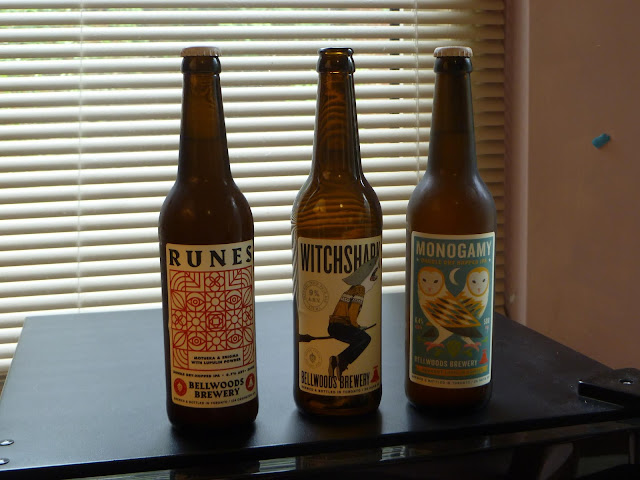 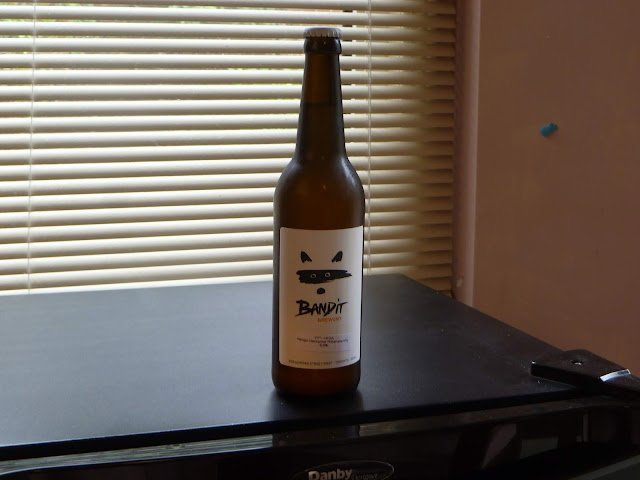 Here again, I picked this one up at the brewery.
Posted by Big Bob at 20:25