249/1230) Home:  Gryphon Gold Lager by Wellington County Brewery of Ontario:  **; 4.5%;  brewed in Guelph to celebrate the fiftieth anniversary of the University of Guelph; pours blonde;  brewed with Saaz hops, which is not always a plus where I am concerned;  a refreshing lager/pilsner hybrid of sorts;  the Saaz hops are under-stated; it's like an edgy lager with a mildly sweet after-taste;

My first post-procedure beer was brewed in honour of my second son's University (not only that, he tracked it down and brought it here to me as well) and drank from a University of Waterloo Engineering glass given to me by my first son.  Those two stars may owe a bit to sentiment.

Speaking of anniversaries, today is the thirtieth anniversary of the Mississauga train derailment and I had the best view possible.  I was at a University of Toronto party at the top of the CN Tower.  The whole sky lit up.  It was quite something. 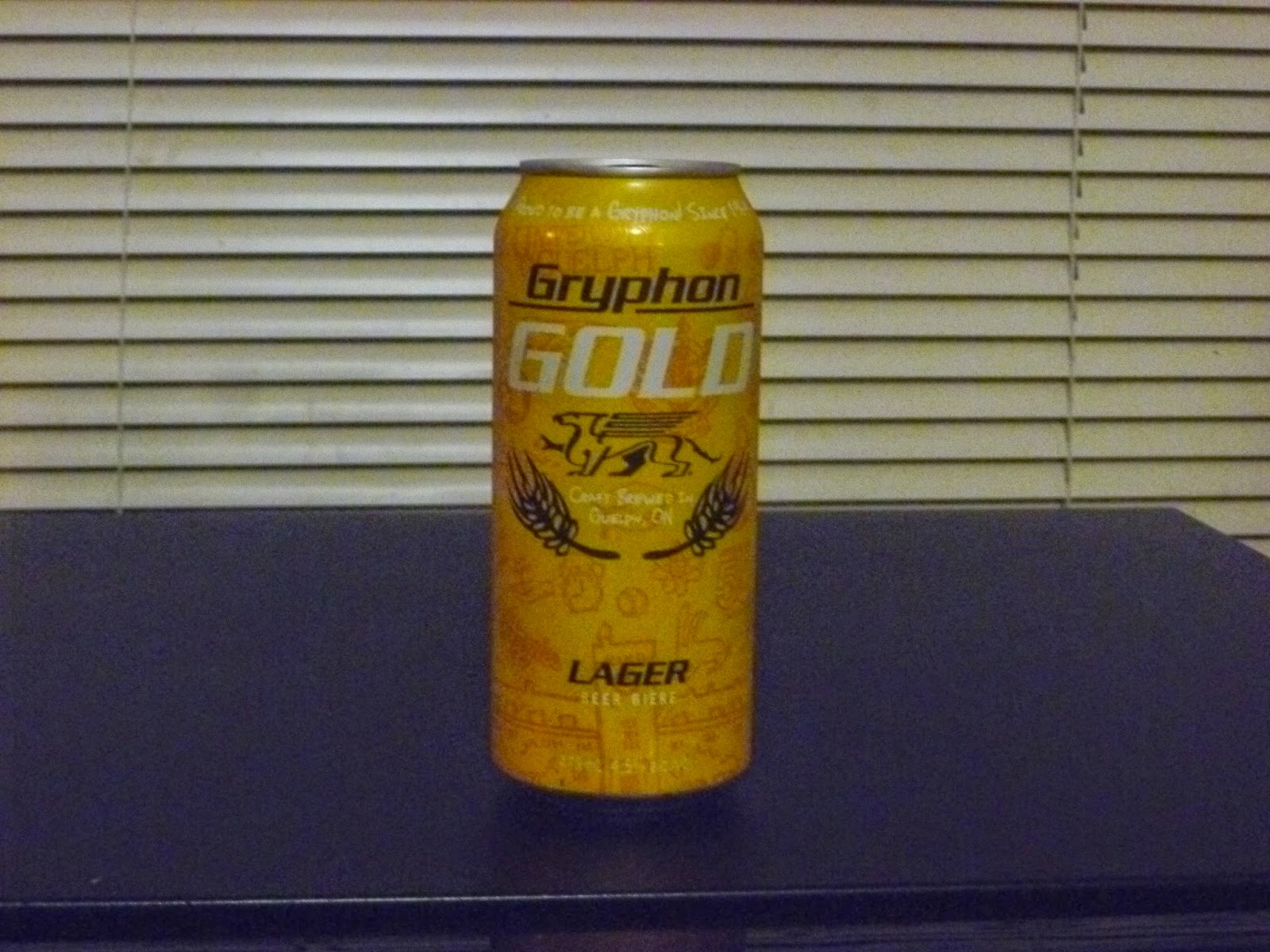