This was brewed in honour of Sir John A. MacDonald.  Had I been thinking I would have consumed this on the 11th, which was his 200th birthday.  It is entirely possible that it earned an extra half star on sentiment.

16/1290) Home:  Sorachi Ace by Brooklyn Brewery of New York, U.S.A.:  **;  7.6%;  bottle refermented;  brewed with the usual ingredients plus sugar;  an unfiltered farmhouse ale with Sorachi Ace hops;  cloudy, dark yellow;  nose is lemony, tea-like;  quite unlike a typical farmhouse;  there is a hint of pepper but also tannin and citrus notes; 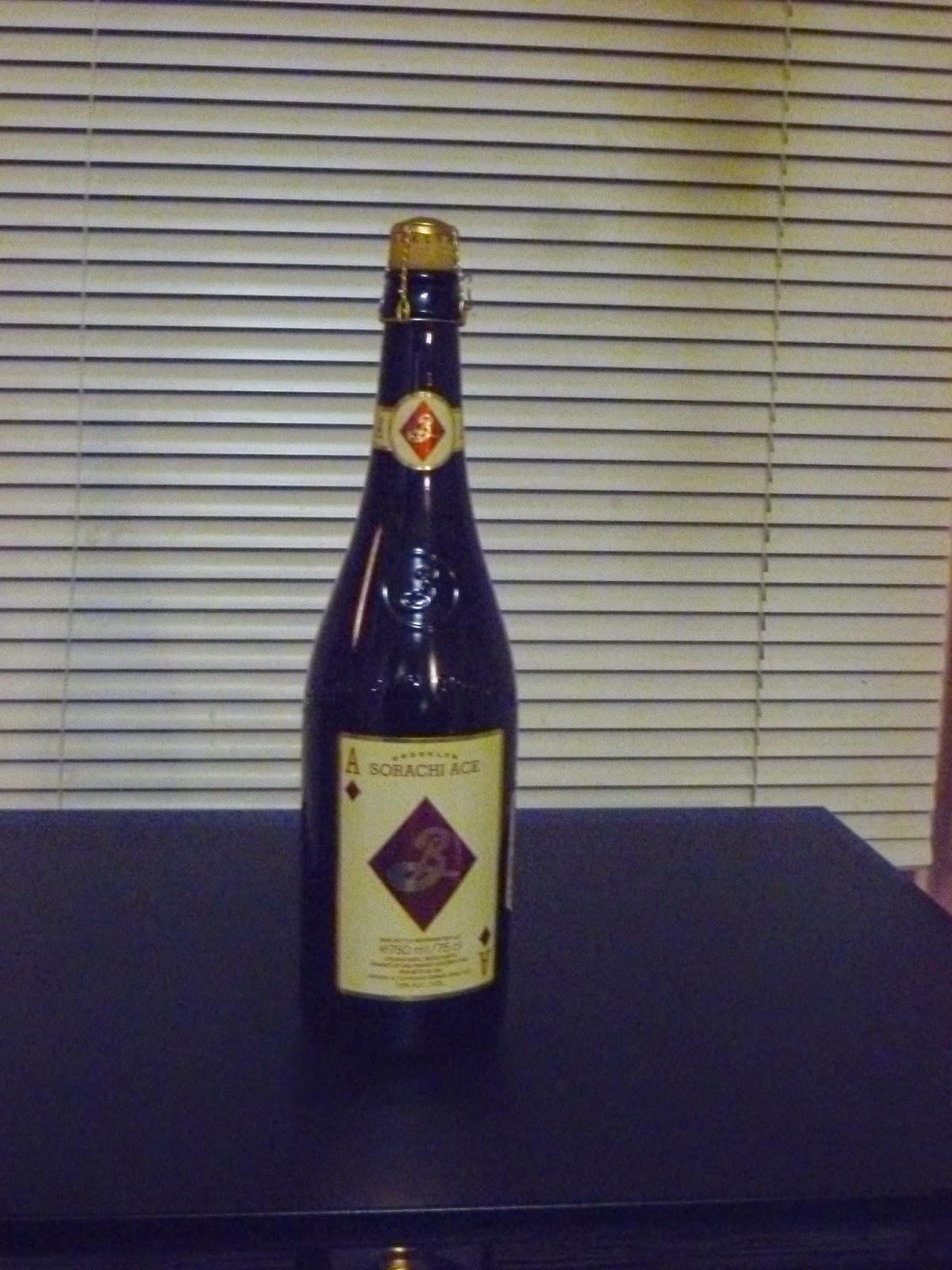