365/2586) Home:  Calm Christmas Belgian Tripel by Nogne Ø of Norway:  **1/2; 9%, 35 ibu; brewed with malted barley and malted wheat, demerara sugar, orange peel and cinnamon; pours clear; somewhat of a sugary, gingery nose;  raw sugar notes but orange zest flavours keep things from being too sweet; cinnamon flavours throughout; this is the best pick from the 2018 Advent calendar so far; 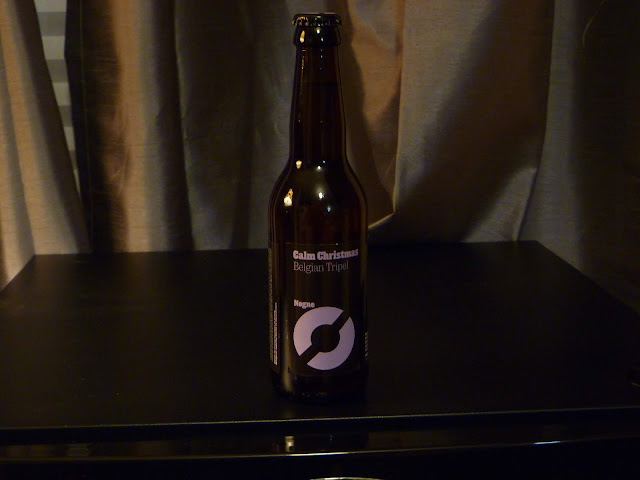 This is the latest I have achieved 365 beers among the years I have managed that.  I have noted that at the end of 2016 I was writing about how this was becoming increasingly difficult but now I have done it in back to back years.
Posted by Big Bob at 17:24