This was yesterday's calendar beer but I was too tired when I got in so I put it off a day.  Named in honour of St. Fanahan, a warrior monk and the patron saint of the brewery's hometown of Mitchelstown.  The brewery takes its name from the fact that it is located at 8 degrees west longitude and their beers are best served at a temperature of 8 degrees. 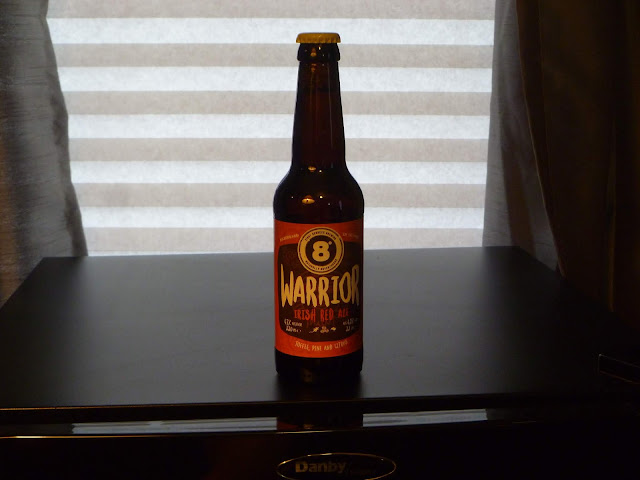 370/2591) Home:  Phat Phantom by Eight Degrees Brewing in collaboration with Jamieson Distilleries both of Ireland:  1/2; a 5.5% Irish Stout aged in Jamieson Whiskey barrels;  in this case the collaboration is with the Irish distillery, Jamieson as opposed to a brewery;  tastes a touch infected;  dark roasty notes with funk; hints of oak; I was hoping for so much more; 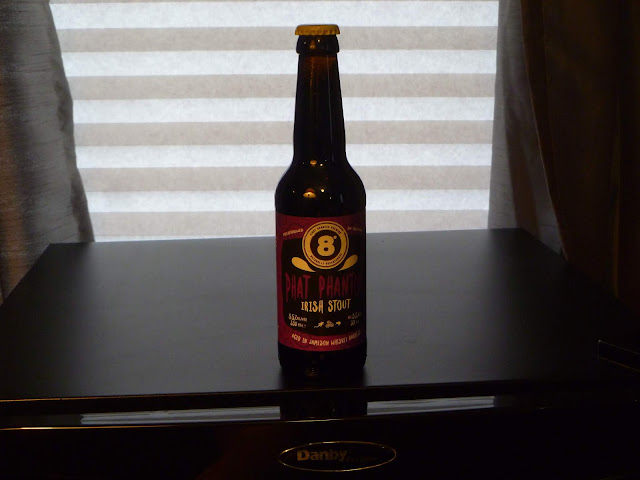