320/3300) Home:  Joe Blo' Bohemian Pilsner by Joseph Bloor Brewery of Ontario:  *1/2; 4.7%;  grainy nose; mild fruit, Saaz is soft along the edges; an easy going pilsner with a dry after taste;
The tin informs, "established 1830", "made the traditional way" and "pairs well with beer drinkers".  Strictly speaking, Bloor should be spelled with an "E" at the end if it is named after Toronto brewing pioneer Joseph Bloore but as they did when a major road was named for him, the "E" was dropped. 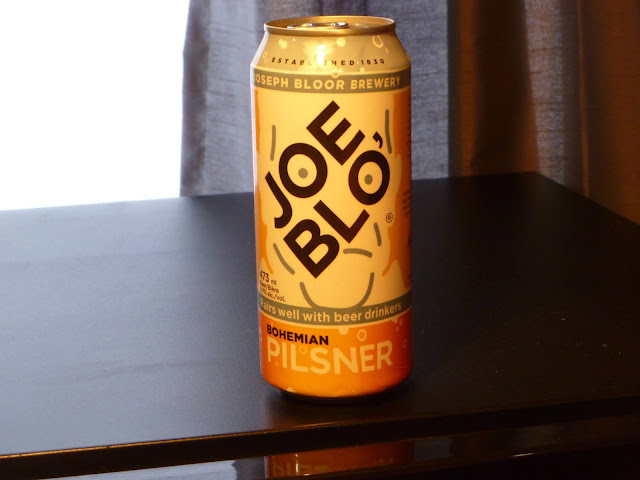