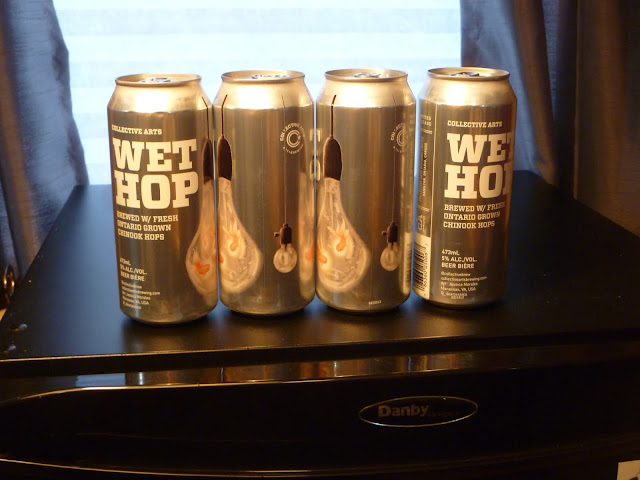 It was quite the adventure to acquire this.  I believed them when they said that ordering before noon guaranteed same day delivery, between 4 and 9 PM.  I received the e-mail informing me my order was on its way and I waited.  Then I waited some more.  At 9PM I left the office for home.
I learned later that the order had mistakenly gone to the next day courier for areas outside the Express delivery zone.  My order finally came after 7PM the next day.  I waited some eight hours in total.  Considering my hourly rate it would have made more sense to drive to the subway and pick it up in person at their Dundas Street location.
I received a voice mail several days later from the "Rest of Ontario" courier informing me that they had attempted delivery but no one was there.  Even though Collective Arts may not have merited it, I let them know there was a duplicate order out there and they had it returned.  There is scant risk of me ordering on-line from Collective Arts in the foreseeable future.
Posted by Big Bob at 19:53