262/3242) The 3 Brewers, Yonge Street:  La Prisencoli by The 3 Brewers of Ontario:  *1/2; 4.5%, 50 ibu; a rye pale ale brewed with blood oranges; tastes of orange with a dry rye snap and a bitter after taste;
263/3243) The 3 Brewers, Yonge Street:  Galaxy Session IPA by The 3 Brewers of Ontario:  **; 4.3%; light tangerine flavours; a bit washed out;
264/3244) beerbistro:  Gravity Blast by Rainhard Brewing Co. of Ontario:  **; a 6.5% India Pale Ale; citrusy nose; lemony citrus notes;
Finally - it is so nice to get out again. Walking through Toronto's PATH system, which we used to call the Underground City, was a bit disorienting.  Having become accustomed to letting the tsunami of the crowd carry me I found myself uncertain which way to turn a number of times.
In an effort to lose a little bit less money The 3 Brewers now sells its wares by the can. 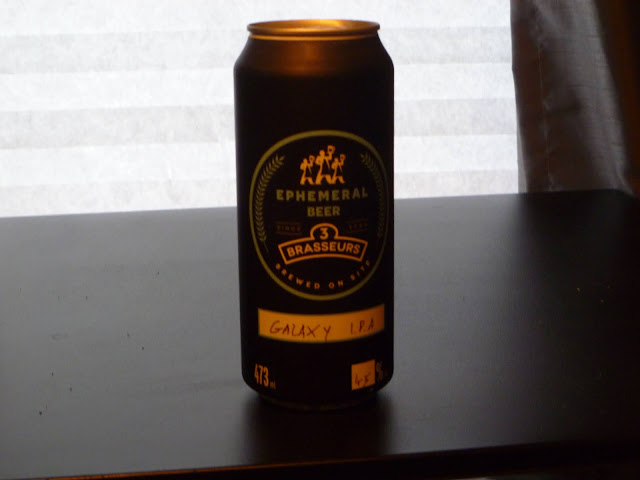