290/1564) Home:  Monty's Golden Ryed Ale by Old Tomorrow of Ontario:  **;  5.5%;  nose is citrusy with a sharp rye edge and honey;  flavours of rye and oak with the rye being most prominent towards the finish;  sweet after taste;

Named for Jon Montgomery, gold medalist from the 2010 winter Olympics in Vancouver.  He is remembered for being spotted in the street and handed a pitcher of beer, which he downed with some enthusiasm on live television. 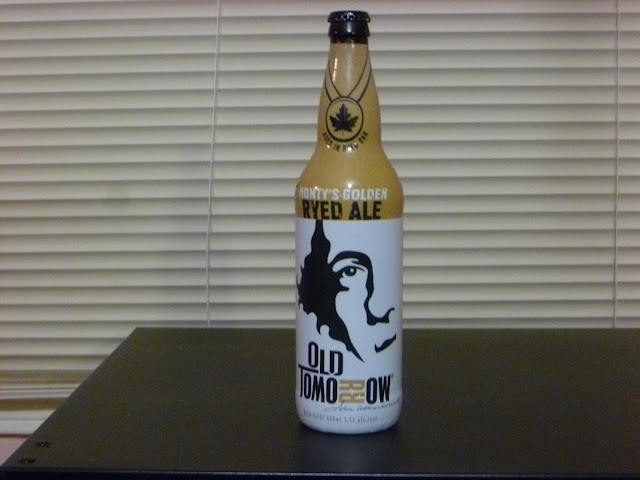 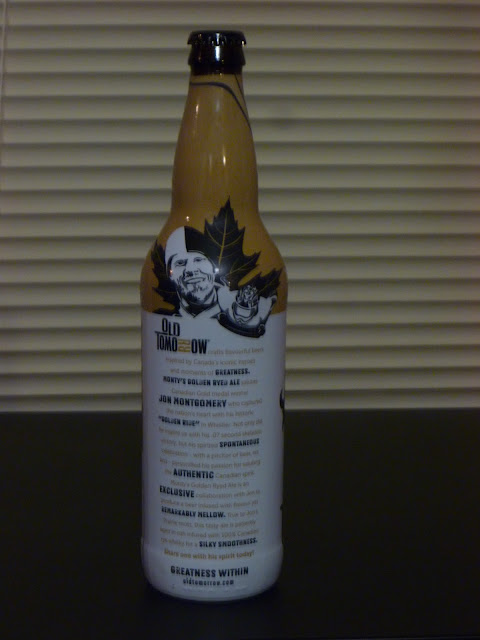 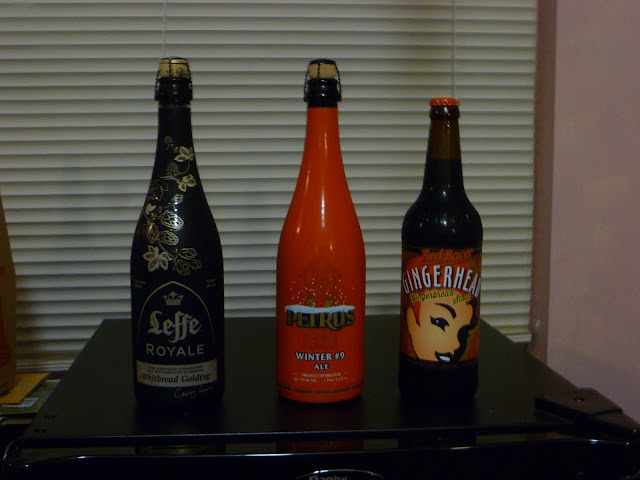