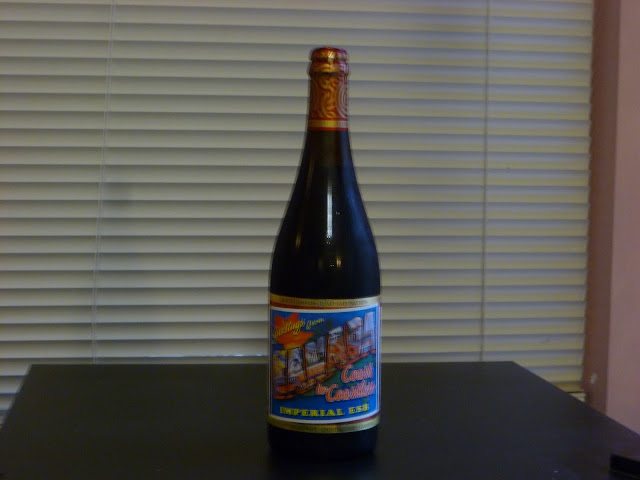 The inside of cap reads, "In Heaven there is no beer, so drink some while you are here", which prompts me to ask if it would it really be Heaven in the absence of beer.

On that note, I will point out that my daughter attended St. Brigid elementary school and now she attends a secondary school named for St. Augustine, who is the patron saint of brewers.  Among the miracles attributed to St. Brigid of Ireland, she turned her bath water into beer to supply a leper colony and, on other occasions, for visiting clerics.  She also provided a single barrel of beer which quenched the thirst of some eighteen churches for the entire season of Easter.  So don't tell me there is no beer in Heaven.

240/1514)  Home:  Scaldis Amber by Brasserie Duboisson Freres of Belgium:  **;  11.8%;  the bottle reads, "The Strongest Belgian Beer" which seems unlikely;  brewed with water drawn from beneath the brewery;  added sugar;  unpasteurized;  nose is dried fruit with a touch of alcohol;  quite remarkably sweet;  alcohol returns with a bite at the finish; 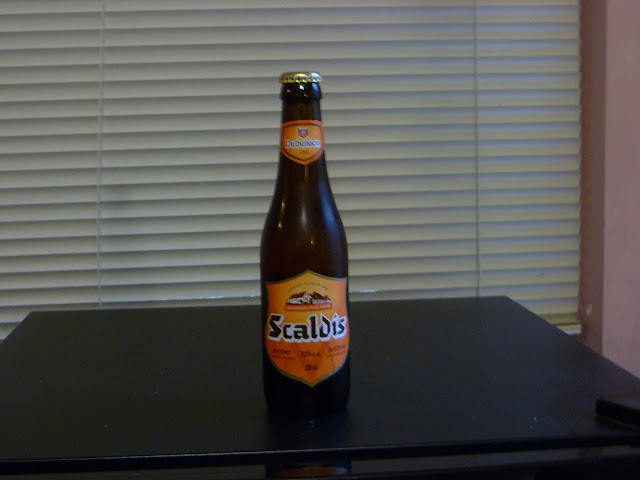