196/1470) The 3 Brewers, Heartland (Mississauga):  Black IPA by The 3 Brewers of Ontario:  **;  6.9%, 65 ibu;  Very hoppy nose - if i were blindfolded, I might mistake this for a IPA by the nose;  strongly hopped - as much or more so than their IPA but with hints of chocolate;  the hops are citrusy, in the manner of West Coast hops;  this is as close to being convinced by this style as I can be;

197/1471) Home:  Picaroon's Yippie IPA by Northampton Brewing Company of New Brunswick:  **;  6.5%;  malty nose but with citrus notes;  styles itself an "east Coast IPA" and it does have trappings of the Englsih variety;  tastes floral with citrus zest notes and a bit of tanginess and spice;

Yes, this is up there as one of my favourite names for a beer.  It's going to be tough to beat Dude, Where's My Czar? Russian Imperial Stout, though. 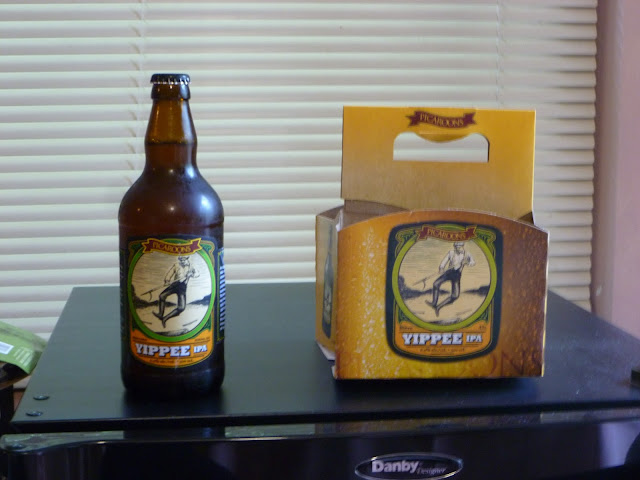