240/2058) Home:  India Pale Ale by Innis & Gunn of Scotland: **1/2;  5.6%;  from their Beer Kitchen Test Series;  brewed with Cascade, Centennial and Mandarina hops;  does not appear to be barrel aged - one has certain expectations on pouring a bottle of Innis & Gunn into a branded glass but there are no notes of vanilla, oak or bourbon to be found;  instead we are treated to what might be deemed an old school hop bomb, which is to say in the fashion of a decade ago;  bitter grapefruit with hints orange and pineapple;

Lately Innis & Gunn have been unsuccessfully trying things outside their wheelhouse but this is an unqualified success.  I had been avoiding this one but I am very glad the opportunity to save a dollar on a six pack tipped me off the fence.

That ringer you are spotting is a bottle of the Spiced Rum Aged Porter I bought at the same time.  I still cannot get over the cola flavours. 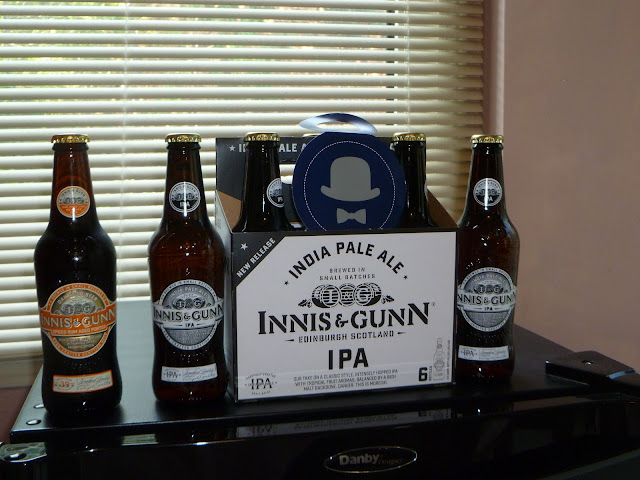